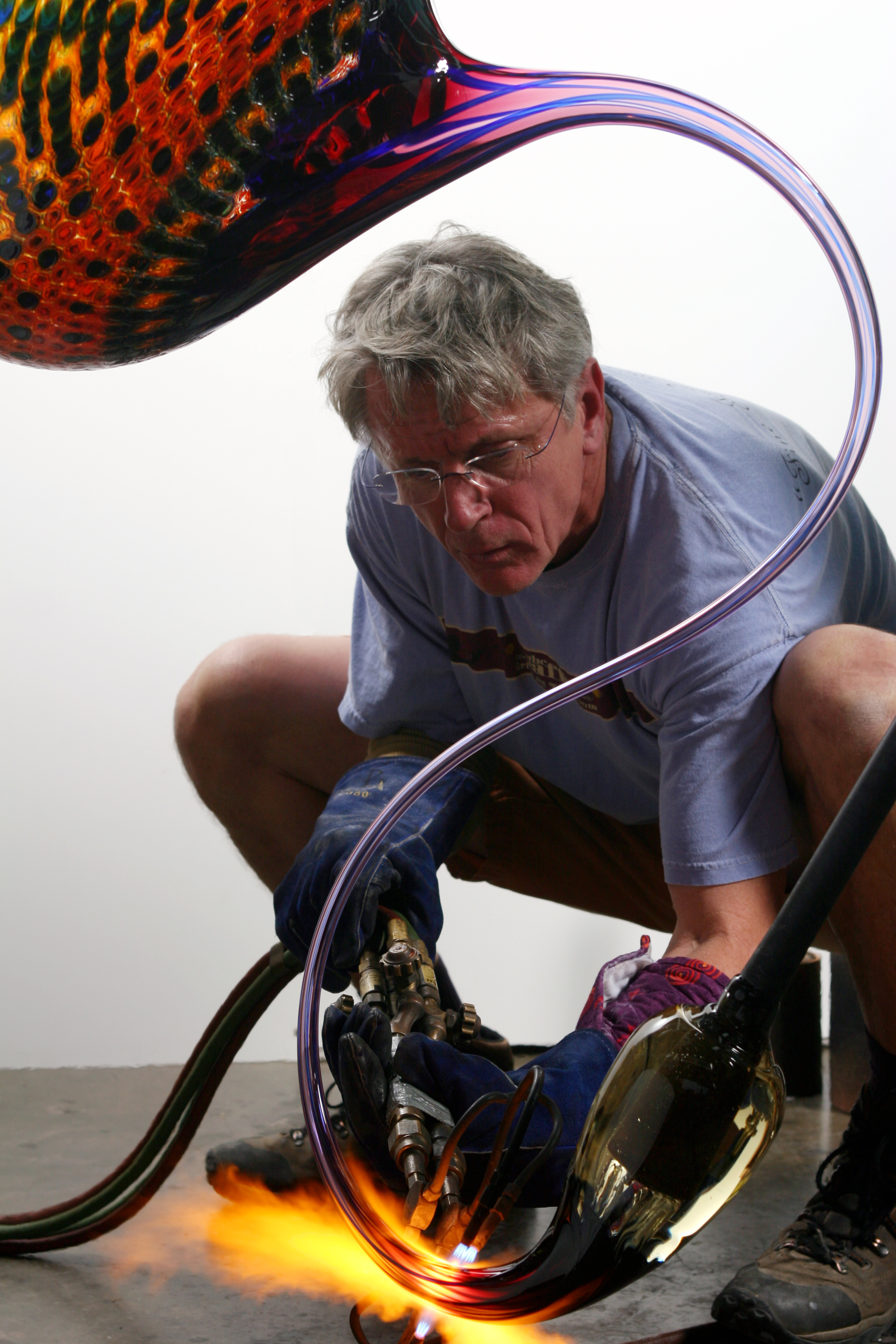 Stephen Rolfe Powell was born in Birmingham, Alabama in 1951. He studied painting and ceramics at Centre College and received a Bachelor of Arts in 1974. Before attending graduate school at Louisiana State University, Powell spent several years as an art instructor, first at the Draper State Prison and later at the Indian Springs School in Alabama. Between 1980 and 1983, he attended LSU and earned a Master of Fine Arts in Ceramics. It was during this time that Powell had his first experience with hot glass and it has since become a full-time obsession. His daily life revolves around it, whether he is teaching glass at Centre College or producing his own work.

Stephen Powell exhibits his work nationally and internationally and has participated in workshops, demonstrations, and lectures across the globe. He has worked in Russia, Ukraine, Australia, New Zealand, and Japan and demonstrated at multiple Glass Art Society Conferences, as well as the 2002 Winter Olympics in Salt Lake City. One of the highlights of his travels was an exhibition of his work at Venezia Aperto Vetro in the Palazzo Ducale in Venice, Italy. This honor was punctuated by the fact that he was one of only eight American artists invited. 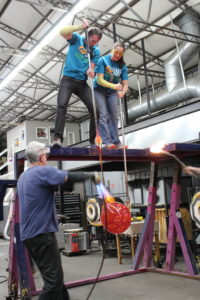 Undoubtedly, Stephen Powell’s greatest impact has been at Centre College in Danville, KY where he has been a professor since 1983. Originally hired to teach ceramics and sculpture, he founded a glass program at Centre in 1985 which has attracted prospective students from around the country. The first studio, residing on top the roof of a campus building, was constructed with the generous support of Corning Glass in Harrodsburg, Philips Lighting in Danville, and Corhart in Louisville. Setting his sights on the “bigger and better,” Powell designed and completed a state-of-the-art glass studio, which Centre opened as part of their new Jones Visual Arts Center in 1998. Corning Glass, Philips Lighting, Corhart and also General Electric in Somerset, Kentucky provided generous support for this monumental project.

Through Powell’s influence and guidance, many graduates of the program have continued on to graduate school and have become successful glass artists. Patrick Martin runs Emporia State’s glass program in Kansas and Brook White runs Flame Run Glass Studio in Louisville. Ché Rhodes, after heading the glass program at Southern Illinois University for five years, started the glass department at the University of Louisville.

As a testament to his passion for glass education, Stephen Powell was awarded Kentucky’s “Teacher of the Year” in 1999 and 2000. In 2004, he was presented the Acorn Award by the Kentucky Council on Post-secondary Education. He accepted, in 2010, the Artist Award by the Governor’s Award in Arts. Recently, in 2012, Powell was presented with the Distinguished Educator award from the James Renwick Alliance in Washington, D.C.

Stephen Powell’s career from 1983 to 2007 was documented in the full-length book, “Stephen Rolfe Powell Glassmaker.” Published by the University Press of Kentucky, it was released in 2007.