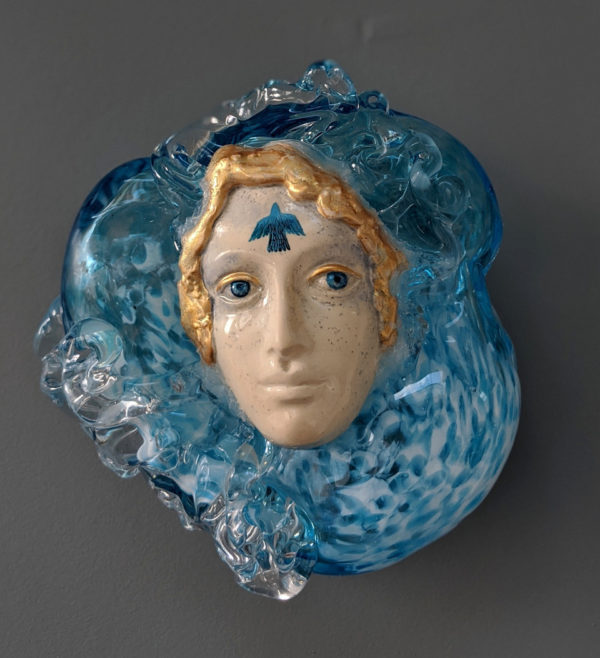 Natasha Dikareva was born and raised in Kiev, Ukraine and also studied in St. Petersburg, Russia during the hey-day of Soviet power. The genre of Soviet realism permeated Dikareva’s young creative life. The narrow standard of approved art inadvertently pushed Dikareva to develop her own symbolic language. In 1995, an opportunity arose to move to the U.S. where Dikareva continued to pursue a vocabulary in ceramics at various studios in Minneapolis. After receiving her MFA from the University of Minnesota, Dikareva expanded her vision and embraced the notion of being an Eastern European artist. Now in San Francisco, a microcosmic universe continues to flourish within Dikareva’s work.

Dikareva is known for her surreal, exquisitely formed human figures which often morph into other biological forms such as birds, fish and trees. Humans and other living creatures are united in the experience of life. Dikareva’s latest work develops during an intensively introspective process, confronting the idea of physical security. The recent body of work reflects a concern with current events and an imagined biological response to a world that has been decimated by industrialization, war and pandemic. New life springs from shells which have survived the collapse, offering a sense of optimism and security, a sanctuary from the adverse effects of an over- industrialized world.