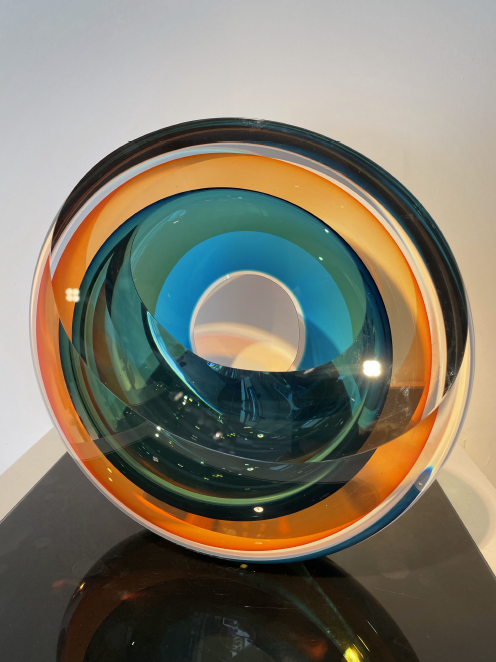 Tim Rawlinson, born in Bristol in 1985, studied Ceramics and glass at Bucks New University, graduating in 2011. He exhibited his degree work that year at New Designers in London where he met Peter Layton. Peter invited Tim to do work experience at London Glassblowing, and following this Tim became a member of the team.

Tim has created his own language in glass through cut and polished sculptural pieces that focus on the interaction between light and glass. This has led to Tim’s inclusion in Europe’s most prestigious exhibition, ‘The Coburg Glass Prize’ in Germany in 2014 and the International Glass Prize at the GlazenHuis in Belgium 2015.