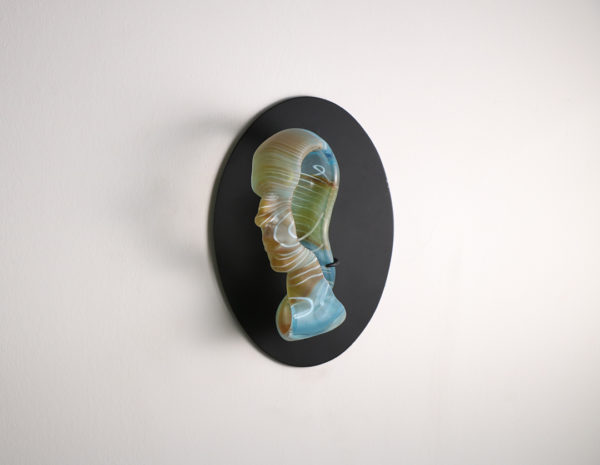 Jack Gramann is an artist living and working in Pittsburgh, Pennsylvania. While earning a BFA at the Columbus College of Art & Design, Jack first starting working with glass and would spend his summers as a production glassblower completely enthralled by the process. Jack quickly moved into sculpting the figure and upon graduation began traveling the world to different schools and studios in pursuit of the experience needed for his art.

Expressionism, surrealism, and experimentation combine in Jack’s work to create abstracted figures that emerge to the viewer as they emerge from the glass itself. Finding beauty in the strange, familiarity in the unknown, these sculptures explore our innate ability to connect. Gramann uses the portrait as his motif, offering the viewer a connection with this non-entity. Moving around his sculptures one sees parallels of overlapping forms, the abstraction of an inverted nose, only to come full-circle and re-form into the most recognizable pattern to mankind.