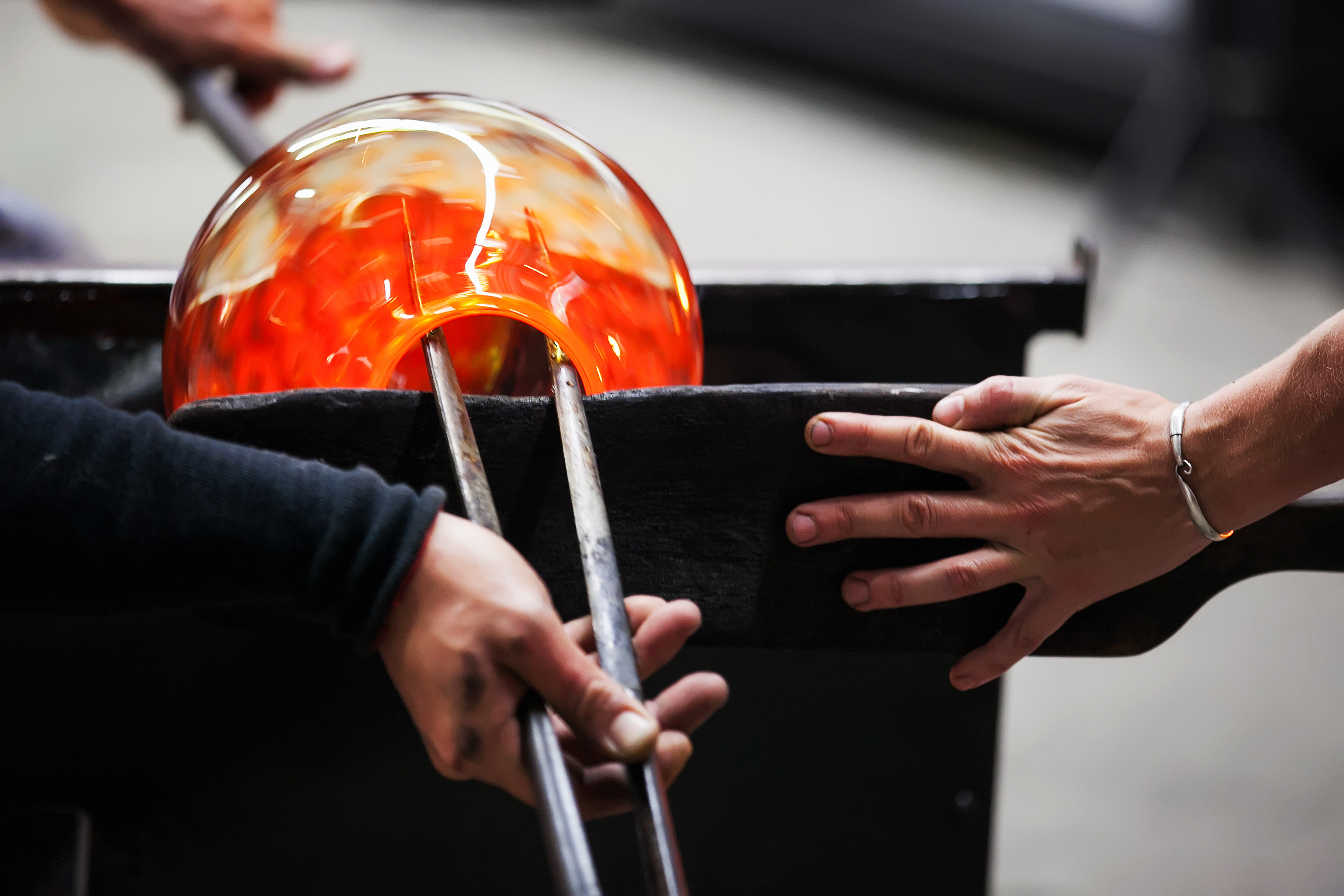 Welcome to the second part of our overview of the history of glass. We hope you enjoyed our first post on the Early Period. The Modern Art Glass Movement began in the 1960s in the United States and spread from there to the rest of the world. Also known as the Studio Glass Movement, this is the modern use of glass as an art medium.

As far as the history of glass in the modern era is concerned, we’ll break it down into two periods. Before the 1960s and since the 1960s.

History of Glass: Before the 1960s

In the 19th century, there was a rebirth in glass art. For example, cameo glass reappeared for the first time since the Roman Empire. Moving into the 20th century, glass production occurred in the U.S. and other parts of the world including Japan, France, and the Netherlands. Most of the glass art in this period was made in large glass production factories. Individual artists that made their own pieces would make them in these shared spaces.

However, as time went on, there was a catalyst that ignited a very important revolution in glass art; the development of smaller furnaces.

Where It All Began

The studio glass movement originated in America and spread worldwide to Europe and Asia. Harvey Littleton, the “Father of The Studio Glass Movement” and an early advocate of university education in the arts, held the first glassblowing seminar focused on the studio artist in 1962 at the Toledo Museum of Art. The idea was to melt glass in a small furnace so individual artists could use glass as an art medium. The development of smaller furnaces was the difference. This enabled glass artists to work outside of the factories. Once these artists could create in their own studios, glass art became more unique and personal.

In 1964, accredited glass programs were started at the University of Iowa, the University of California Berkeley, and San Jose State University. Other programs soon followed suit including Southern Illinois University at Carbondale (1966) and the Rhode Island School of Design (1969). These early programs set the precedent for glass at the university level.

Today, there are plenty of university-level glass programs to choose from. However, this isn’t an option for everyone. What if you want to learn to make glass art but you don’t want to study it at the university level? We have a solution for you.

Here at the Duncan McClellan Gallery, we believe that glass art should be accessible to all. This is why we host world-renowned glass artists on a regular basis for lectures and demonstrations. The artists we host have years of experience and are eager to share their stories. If you are interested in learning more, we welcome you to head over to our events page to see what we have coming up.

Whether you are looking to learn or just get some inspiration, come visit us at the gallery! Our hours are from 10 am until 5 pm, Monday through Saturday. Come experience the best glass art studio in St Pete! We would love to have you.